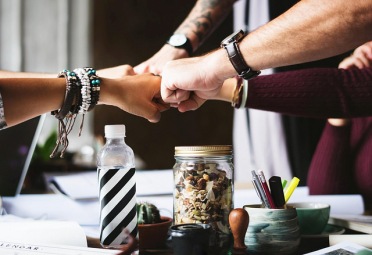 I frequently lament the fact that Western Christianity looks more like a corporation than a family.  But occasionally, Christians can learn some valuable lessons from the corporate world.  A colleague recently pointed me to this New York Times article  by Charles Duhigg from about a year ago that documented Google’s research on team building.  Apparently, back in 2012, Google formed a research team for the purpose of analyzing the company’s many teams and quantifying what made a team successful.  They named this endeavor Project Aristotle.  I find team dynamics to be a fascinating subject, and some of Project Aristotle’s findings are notable.  American Christians who have almost universally bound themselves to archaic religious hierarchical structures would do well to consider the conclusions of Google’s researchers.  The below quotes are from the article.  Emphasis in bold is mine.

Duhigg sets the backdrop for the article by discussing the criticality of teams to the modern business environment.

In Silicon Valley, software engineers are encouraged to work together, in part because studies show that groups tend to innovate faster, see mistakes more quickly and find better solutions to problems. Studies also show that people working in teams tend to achieve better results and report higher job satisfaction. In a 2015 study, executives said that profitability increases when workers are persuaded to collaborate more.

Consider how different this mindset is from the pro forma, religious structure of Western Christianity—one salaried “leader” talking down to the masses who all passively sit with their backs to each other.

No matter how researchers arranged the data, though, it was almost impossible to find patterns — or any evidence that the composition of a team made any difference. ‘‘We looked at 180 teams from all over the company,’’ Dubey said. ‘‘We had lots of data, but there was nothing showing that a mix of specific personality types or skills or backgrounds made any difference. The ‘who’ part of the equation didn’t seem to matter.’’

Perhaps the religious model of over-emphasizing the importance of one person with an academic pedigree is not the most effective approach after all.  Perhaps each person is critical to the health and growth of the body as Jesus and Paul taught.

The researchers eventually concluded that what distinguished the ‘‘good’’ teams from the dysfunctional groups was how teammates treated one another. The right norms, in other words, could raise a group’s collective intelligence, whereas the wrong norms could hobble a team, even if, individually, all the members were exceptionally bright.

But what was confusing was that not all the good teams appeared to behave in the same ways. ‘‘Some teams had a bunch of smart people who figured out how to break up work evenly,’’ said Anita Woolley, the study’s lead author. ‘‘Other groups had pretty average members, but they came up with ways to take advantage of everyone’s relative strengths. Some groups had one strong leader. Others were more fluid, and everyone took a leadership role.’’

The researchers found it difficult to quantify exactly what made a team successful, because successful teams all looked different.  There was no formula that guaranteed success.  It seems that permitting each team to figure out its own way, as long as it followed certain guidelines, worked the best.

As the researchers studied the groups, however, they noticed two behaviors that all the good teams generally shared. First, on the good teams, members spoke in roughly the same proportion, a phenomenon the researchers referred to as ‘‘equality in distribution of conversational turn-taking.’’ On some teams, everyone spoke during each task; on others, leadership shifted among teammates from assignment to assignment. But in each case, by the end of the day, everyone had spoken roughly the same amount. ‘‘As long as everyone got a chance to talk, the team did well,’’ Woolley said. ‘‘But if only one person or a small group spoke all the time, the collective intelligence declined.’’

The paid clergy model that mainstream Christianity has enforced for almost 2,000 years always leads to intellectual inbreeding and lethargy.  The body cannot grow when it is hamstrung by rules and hierarchy and a rigid caste structure.  All members are critical to the body.  Each person’s input is essential to the group’s understanding.  Dialogue is crucial to the team’s performance.

Within psychology, researchers sometimes colloquially refer to traits like ‘‘conversational turn-taking’’ and ‘‘average social sensitivity’’ as aspects of what’s known as psychological safety — a group culture that the Harvard Business School professor Amy Edmondson defines as a ‘‘shared belief held by members of a team that the team is safe for interpersonal risk-taking.’’ Psychological safety is ‘‘a sense of confidence that the team will not embarrass, reject or punish someone for speaking up,’’ Edmondson wrote in a study published in 1999. ‘‘It describes a team climate characterized by interpersonal trust and mutual respect in which people are comfortable being themselves.’’

Contrast this with our church-centered religion (church being the building/institution/“worship” event) which is driven by guilt and forced conformity, and which frequently results in people putting on a “church face”—a fake persona that lasts about an hour and a half, for fear that they will be rejected when the institution finds out that their lives are difficult, messy, and pretty far from perfect.

Google, in other words, in its race to build the perfect team, has perhaps unintentionally demonstrated the usefulness of imperfection and done what Silicon Valley does best: figure out how to create psychological safety faster, better and in more productive ways.

“The usefulness of imperfection.”  Consider the teaching and example of Jesus in which He encouraged His followers to work through and learn from their imperfections.  He didn’t set up a hierarchy or a structure or a list of rules for them to follow.  He simply showed them how to interact with other people the way that God has always intended.

Project Aristotle is a reminder that when companies try to optimize everything, it’s sometimes easy to forget that success is often built on experiences — like emotional interactions and complicated conversations and discussions of who we want to be and how our teammates make us feel — that can’t really be optimized.

Religion is all about control.  It is about humans forcing other humans to think and behave in certain ways.  But Jesus came to give us life.  And not just life, but a life that is fuller and richer and deeper than we could ever have without Him.  And life cannot be forced or coerced.  Life must be nurtured and fed and guided.  Sometimes looking outside our narrow religious perception and observing life through another lens is valuable.  Religion demands an unquestioning belief.  We would do well to emulate those who actively seek to understand what makes teams effective rather than blindly defending a system whose only foundation is tradition.

Imagine how different the assembly of believers would look and how much more productive it would be if each person were encouraged to participate and use his or her gifts for the benefit of the group.  What would the impact be on the world if the followers of Christ lived like an active family rather than a group of passive observers—if they discarded dead religion and embraced life as God meant it to be lived?